Schools, public transport (trams, etc.), housing, industry, urban planning: life in the territories is constantly evolving. Changing lifestyles create different demands on the energy supply.
To support the development of the territories, GRTgaz is adapting the energy infrastructure that supplies them. This is the case in Normandy, for example, where the strong industrial demand for gas has led GRTgaz to extend its network with the "Artère du Cotentin".

Alongside industrial players, the technical and commercial teams at GRTgaz are committed to maintaining the sector’s competitiveness through the upGRAID project (‘high-performance applications of the gas network and advantages for the industry of tomorrow’). They are promoting the advantages of gas as a way to reduce the carbon footprint of industrial activities and improve their energy efficiency.

Renewable gas production in the territories contributes to France’s energy security and independence. By supporting the production and local use of gas as a renewable energy source for industry and transportation, GRTgaz is using its network to support France’s energy transition. At the end of December 2021, 365 anaerobic digestion units were injecting biomethane into the existing networks. Around 1,149 injection projects are listed in the injection capacity register and should be functional in the near future. To support this deployment of biomethane, the existing “Right to Injection” offers a transparent framework for adapting the transport and distribution networks. This Right to Injection guides decisions to install reverse flow facilities, which make it possible to compress biomethane and inject it into the transport network, should the distribution network not have the capacity to absorb it.

Smart use, operation and management of the network

Ensuring the security and availability of its network is a priority for GRTgaz. Teams across the territory take care of inspecting and maintaining pipelines and industrial facilities. They rely on predictive maintenance tools that use data collected and transmitted remotely from the field, such as measurements from IoT (Internet of Things) sensors. Combining this data in machine learning tools makes it possible to identify faults as quickly as possible and enables efficient and optimal scheduling of repairs by field operators.

GRTgaz has implemented a smart monitoring system across its 32,000 km transport network, in order to prevent damage to pipelines or during undeclared excavation works, for example. GRTgaz’s smart monitoring involves: GPS tracking, a dedicated smartphone app and integration into the GIS, using the most appropriate monitoring methods, experimenting with new monitoring systems and more.

As the beating heart of the gas system, the dispatching centre balances gas flows between supply and demand every day. To do this, it collects all the information transmitted and uses this to ensure 24-hour optimised management of the network and all the elements of the system. It relies on meter data from its own network, information transmitted by other operators, weather data and simulations which make it possible to predict consumption levels at different times of day.

"The development of smart gas networks is driven by structural changes including digital technologies, the boom in gas mobility, and the decentralised regional production of biomethane (anaerobic digestion, pyrogasification, hydrothermal gasification, etc.) and hydrogen. Smart networks are central to this energy transition, and these in turn rely on the opportunities offered by the digital transition."

The green energy transition and its impact on the energy system have led to a rethinking of the value of the networks in a world with a reduced carbon footprint. GRTgaz strives to be a responsible player in this energy transition by designing new facilities to maximise the integration of decentralised renewable energies.

In this context, the Smart Grid puts digital technologies to work to support industrial performance and the integration of renewable energies.

The Smart Grid solutions use digital technologies, IoT instruments and sensors, and simulations that enable optimal predictions of the functioning of the network, and collective intelligence in the design, use and management of the networks.

Launched in 2017, an initial "Smart Grid" demonstrator was deployed in three departments in Brittany and Pays de la Loire. The goal of West Grid Synergy is to demonstrate the feasibility of powering a territory with 100% renewable gas by adapting the infrastructure, management and use of the gas networks to maximise the biomethane injection capacity. This proof of concept notably featured the first two reverse-flow facilities in France. Other digital solutions connected to the gas network are being tested:

Connect presents the modes of production of green gases, their connection to the network and the Smart Grid solutions. 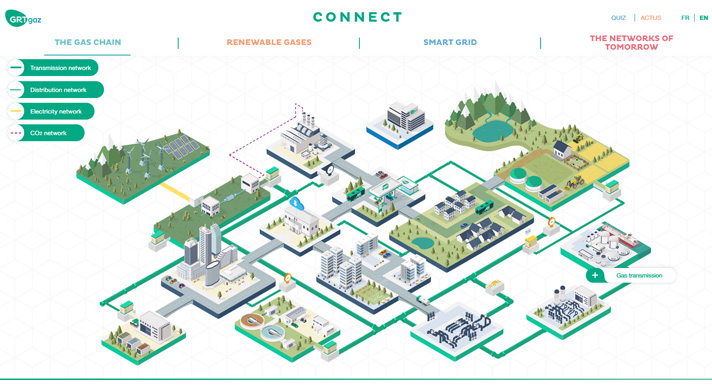 Energy Networks Open Data: a platform for energy data from the territories

In collaboration with RTE, Teréga, Storengy, Elengy, LNG Dunkerque, the AFGNV and Weathernews, GRTgaz gives everyone, and more specifically local decision makers, access to energy data to facilitate the creation of energy policies and the monitoring of action plans. The aim is to promote innovation and the emergence of new services and projects that support the green energy transition. 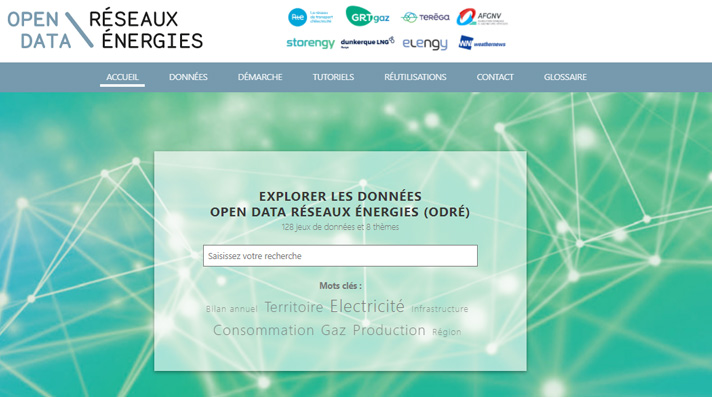 By using gas instead of coal and oil, businesses limit their environmental impact. Gas produces less pollutants (particles, sulphur dioxide, nitrogen oxides) and less CO2. This is why GRTgaz helps them make the switch to gas. Since 2012, around 100 GWh/d of capacity has been created or upgraded by their industrial clients. This is equivalent to the annual gas consumption of four mid-sized sugar refineries. Between 2012 and 2017, industrial clients switching from oil to gas saved 1.8 megatonnes of CO2 emissions by the end of 2017, equivalent to the contribution of 10,000 2MW wind turbines.

In transportation, NGV's (Natural Gas Vehicles) limit atmospheric emissions. They reduce greenhouse gas emissions by 10%-15% compared to diesel and 80% in the case of bioNGVs (NGVs using renewable gases).  This supports the strong movement towards green transport, specifically for passenger transport. In 2019, around 3,500 NGVs were put into service in France. This number will only grow in the years to come, with many local authorities launching calls for tender to use more green energy in their public transit fleets.

Île-de-France Mobilités launched two calls for tender for around 1,000 NGV buses deployed in 2020 and 2021. By 2024, when diesel will be banned in low-emission zones (ZEFs, created by the French Mobility Act at the end of 2019), RATP plans to ban this fuel and will be able to transport 500,000 passengers using bioNGVs by 2025. The development of public NGV refuelling stations will support the development of this market. GRTgaz is also offering to connect these stations to its network. To do this, the operator has an advantage: the high-pressure nature of its network reduces the compression needed to supply the station and thus its electric consumption.

The development of renewable gas channels will accelerate the reduction of the carbon footprints of industrial and transport applications. Through a connection and injection contract with GRTgaz, under the Right to Injection, local economic actors produce biomethane using fermentable waste materials from agricultural activities and inject it into the network. GRTgaz supports them in carrying out their injection project and to make sure their facilities perform well. Produced through different processes such as anaerobic digestion, pyrogasification and hydrothermal gasification, these renewable energies decentralise the production of gas and bring a local element to network management. Power to Gas, the process of transforming electricity into hydrogen and finally methane, is involved in these new channels. 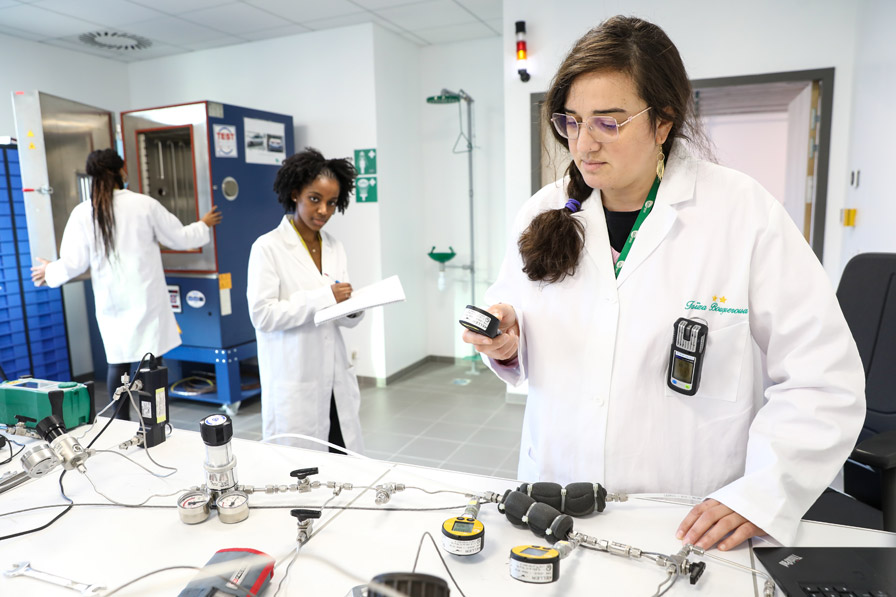