Producing low-carbon and renewable gas from organic waste.
Visit to a pre-industrial pilot in Switzerland 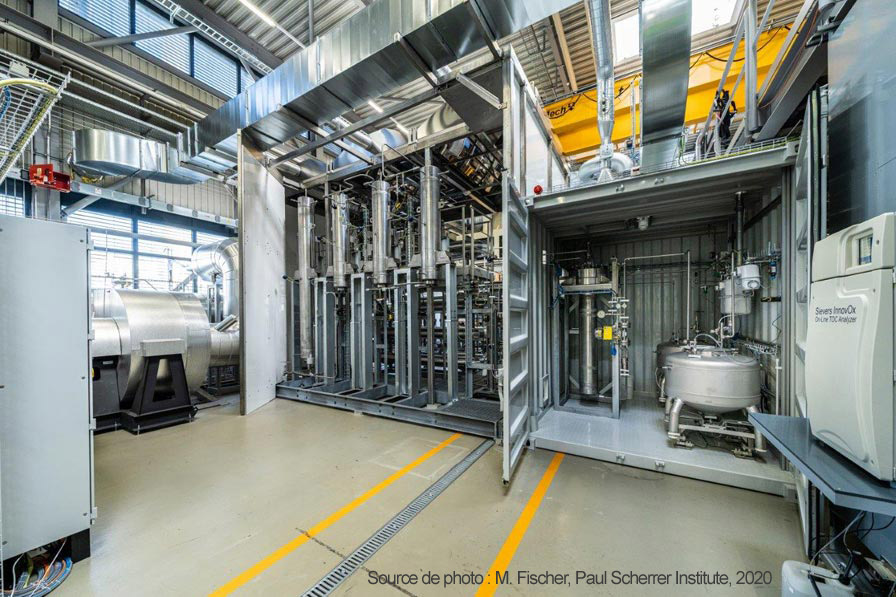 GRTgaz invites you to the TreaTech pre-industrial pilot – the most advanced of its kind in Europe –  to discover the technological advances made in producing renewable gas from organic waste using hydrothermal gasification.

What is hydrothermal gasification technology?

A technology for recovering organic waste as renewable and low-carbon gas. This is a high-pressure (210-350 bar) high-temperature (360-700°C) thermochemical process aimed specifically at organic waste that either contains or can be mixed with water (sludge from wastewater treatment plants, industrial waste, agricultural waste, household waste, waste collected by local authorities, etc.).

This disruptive, little-known technology functions as part of a circular economy and has vast growth potential. In France, some initial projects are under development, while several other European countries (Germany, the Netherlands, Switzerland) have already moved into a pre-industrial pilot phase or beyond. The pilot facility in our proposed visit uses Europe’s most advanced “catalytic hydrothermal gasification” technology, and is able to process up to 110 kg per hour of organic waste.

In 2021, GRTgaz launched the first dedicated hydrothermal gasification Working Group (WG) that will soon bring together around fifty stakeholders with a common interest in an energy transition that supports the regions and their economic players.

The WG’s goal is to support the sector’s structuring and be part of setting out a national framework by 2024 to facilitate its successful rollout. More broadly, it wants to contribute to the short- and medium-term goals of the energy transition and the circular economy.

Hydrothermal Gasification is an innovative technology positioned alongside or upstream of the anaerobic digestion and pyrogasification (recovery of solid waste as renewable and low-carbon gas) sectors, and in opposition to incineration. It combines both the processing of organic waste and its conversion into renewable or low-carbon gas for injection into the gas networks. Other benefits include the recycling and recovery of metals, minerals, nitrogen and the water content of the initial inputs.

TreaTech and its partner’s pilot facility has been present at the Paul Scherrer Institut (PSI) site in Villigen, Switzerland, since 2020. This is a pre-industrial facility based on “integrated catalytic hydrothermal gasification” technology, whose unique feature is to lower the reaction temperature inside the reactor to around 400°C and to produce a synthetic gas that is especially rich in methane (up to 70%, with no artificial addition of hydrogen).

The goal of the project is to test and improve the reliability of the design and continuous operation of the basic “hydrothermal gasification process” – i.e. all the equipment subject to high-pressure and high-temperature torque, and for different types of input (organic waste with varying degrees of moisture), from glycerol to sludge from wastewater treatment plants to highly specific industrial waste.

In keeping with the demands on an industrial facility operating under real conditions, the pilot is able to separate solids (minerals, metals), produce synthetic gas, and separate the liquid residue (water of at least industrial quality). 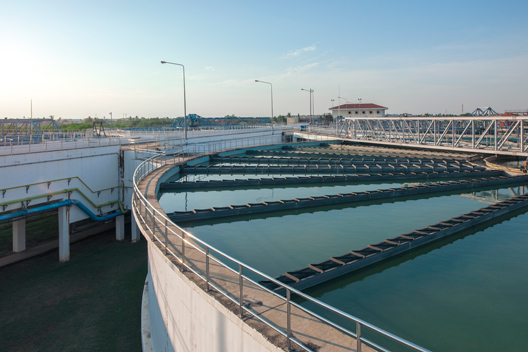 Hydrothermal gasification: a promising sector for the energy transition