With FenHYx, RICE has new capacities to perform tests in different fields in the presence of pressurised hydrogen, including its impact on materials, the mechanical resistance of steels, corrosion, etc. 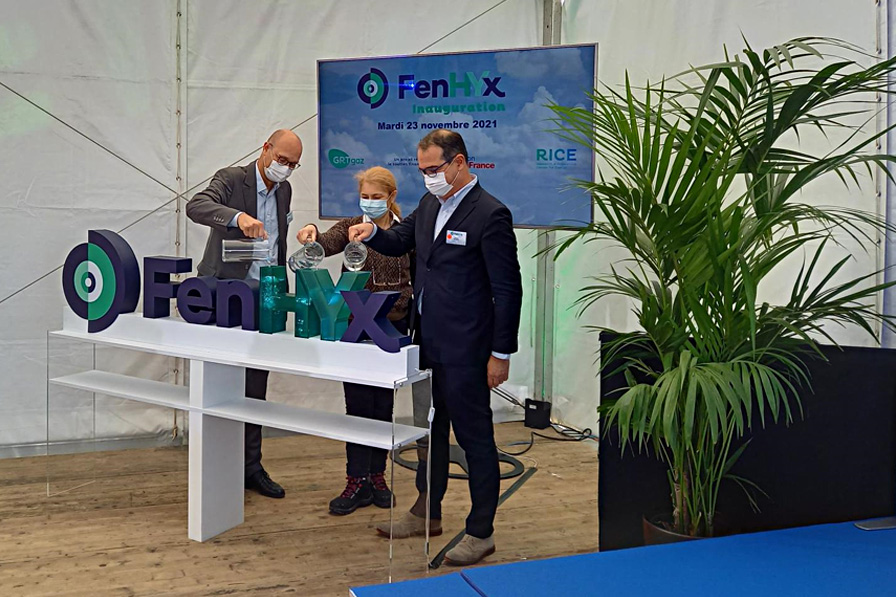 This R&D platform aims to test the injection of hydrogen into gas infrastructures. The project, which paves the way for European cooperation in the field, is one more step in GRTgaz’s ambition to become a hydrogen frontrunner.

With FenHYx, RICE has new capacities to perform tests in different fields in the presence of pressurised hydrogen, including its impact on materials, the mechanical resistance of steels, corrosion, etc.

An ambitious initial research programme was launched by RICE on behalf of a consortium of several European network operators, energy companies and pipe manufacturers. A first series of tests on the ageing, performance and safety of gas network equipment (valves, regulators, meters, etc.) will begin at the end of November.

GRTgaz believes strongly that hydrogen development requires an infrastructure that can transport and store large quantities of hydrogen, connecting production and consumption sites locally, nationally and throughout Europe. The FenHYx platform steps up both the transformation of gas infrastructures and collaborations with academic partners and French and European industrial start-ups to promote the emergence of this new, key energy vector for the energy transition: hydrogen.

FenHYx has received financial support from the Île-de-France Region as part of the “Innovation and Structuring of the Hydrogen Sector” Call for Expressions of Interest launched in March 2020.

Pierre Blouet, Director of RICE: “FenHYx is a strategic expansion of RICE’s test resources in response to the fundamental, pragmatic questions posed by hydrogen’s arrival in the energy mix and the related infrastructures.”

Thierry Trouvé, CEO of GRTgaz: “Combining molecules (hydrogen and renewable gas) and electrons will be vital for a successful energy transition. To accommodate hydrogen, GRTgaz is now preparing to convert part of its facilities (32,000 km of network). Along with FenHYx, it is increasing its expertise with a view to eventually building several hundred kilometres of hydrogen pipelines in France. Controlling this new energy vector - hydrogen - means providing high-level logistics that offer the same safety and continuity of supply guarantees as the current gas network.”