On 8 March 2022, the European Commission stated that it was doubling its target for biomethane production from industrial agricultural waste to 35 billion m3 per year by 2030. 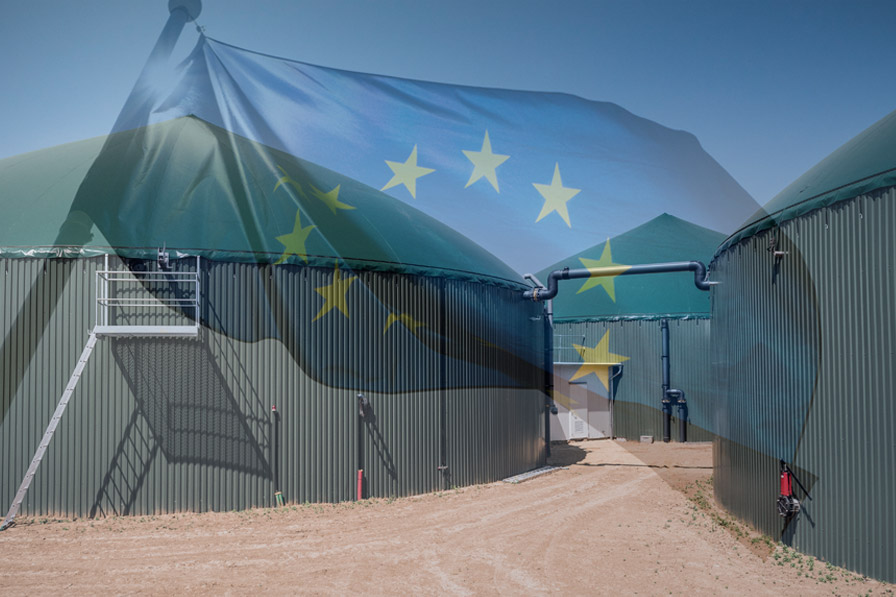 As part of its “REPowerEU” plan, the European Commission announced a target biomethane production of 35 billion m3 per year within the European Union by 2030.

GRTgaz and the entire French and European biomethane sector welcome this new target as a landmark development. It will allow for the future replacement of 20% of Russian natural gas imports with a cheaper, locally produced, sustainable alternative.

On 7 December 2021, GRTgaz and around 30 member companies and organisations of the European Sustainable Biomethane Alliance presented a statement in support of biomethane to the European Commissioner for Energy, Kadri Simson. In this statement, the Alliance called for an increase in biomethane production to 350 TWh by 2030, which is equivalent to around 35 million m3.

Making this happen this requires swift action to create a helpful regulatory framework and to ensure that biomethane is included in a European renewable energies directive and other legislation.

The 35 billion m3 target can be reached in large part using waste and residues from raw materials. Sustainable crops produced as part of intermediate biofuel-producing crops (CIVE), which do not compete with the production of food and animal feed, likewise have a role to play. The European Union currently produces 3 billion m3 of biomethane.
Reaching 35 billion m3 will require building around 5,000 new biomethane plants in Europe. From a technical standpoint, this is achievable over the next eight years. And it is also profitable.

France’s economy would need around €80 billion of European investment to produce this biomethane, which would come at a substantially lower cost than the price of natural gas over the past few months.
In addition to biomethane, France and Europe both have innovative technologies for producing biogas from solid waste (pyrogasification) and wet waste (hydrothermal gasification).

Likewise of note is that beyond its energy and environmental qualities, biomethane also reduces exposure to food price fluctuations. The digestate – a co-product of biogas production – effectively replaces synthetic fertilizers that are currently very expensive. 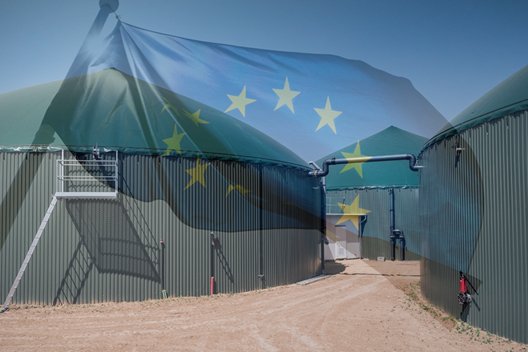 On 7 December 2021, GRTgaz and twenty-six European companies and organisations presented the Biomethane Declaration to Kadri Simson, European Commissioner for Energy, in a lively online event.
Read the article