GRTgaz limits the environmental impact of its activities and promotes biodiversity in areas near to its facilities. 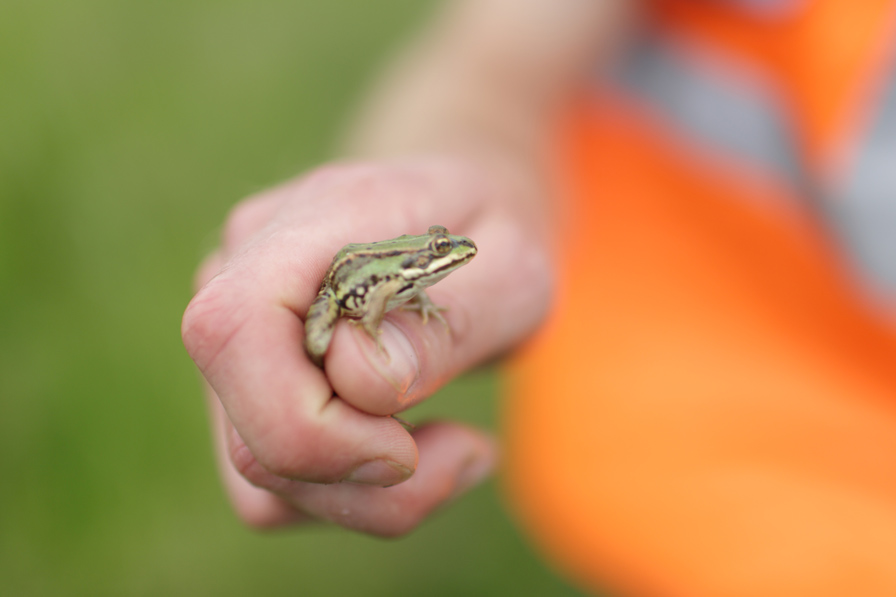 In 2019, methane emissions accounted for 45% of scope 1 and scope 2 greenhouse gas emissions by GRTgaz. The company has set the ambitious target of reducing these emissions by a factor of three between 2016 and 2020. In 2019, this reduction was already 57% compared to 2016. At the same time, GRTgaz is committed to reducing energy consumption and emissions linked to gas compression.

Also, while pipe cutting is essential to carrying out work on the pipelines, GRTgaz uses “Gas booster” technology that empties pipeline sections by re-injecting the gas into the neighbouring pipeline, thus avoiding any atmospheric emissions. Over 90% of gas is currently recovered in this way. GRTgaz has ISO 14001 environment certification for all its compressor stations, and ISO 50001 certification for its energy performance and consumption.

With a land footprint that includes 32,000 km of easement strips and almost 10,000 surface facilities spread over 5,000 sites, biodiversity is a major CSR challenge for GRTgaz.  The company seeks to reconcile the development and maintenance of its facilities with the preservation and maintenance of ecosystems. This presents a genuine challenge, as 8,000 km of pipeline are located in protected natural areas.

In 2019, GRTgaz renewed its commitment to becoming a "Company Committed to Nature - Act4Nature France". GRTgaz has also renewed its agreement with the French Regional Nature Parks Federation, and as such has partnership agreements with 13 regional nature parks. GRTgaz also depends on partnerships and work initiated by the Linear Infrastructure and Biodiversity Club (CLIB) whose members include GRTgaz, RTE (the French electricity transmission operator), the SCNF network (the French state-owned railway company), VNF (the French inland waterway authority), Teréga, and other operators. GRTgaz uses this group to maintain its knowledge in ecology and infrastructure, and even to co-finance research in these areas. The company also contributes through B4B+ (a biodiversity collective) to the debate on biodiversity impact measuring and reporting.

GRTgaz assesses alternative solutions for the differentiated maintenance of its easement strips in these protected areas (late mowing, mowing with removal, etc.) to put a stop to the use of agrochemical products. By maintaining its easement strips, GRTgaz creates biodiversity corridors with a positive impact on the flora and fauna.

The company also experiments with techniques to eliminate the use of agrochemical products. To this end, almost twenty partner agreements were signed between 2019-2020 as part of the company’s “zero agrochemicals” policy, and more than 450 experiments have been carried out since 2017.  Revegetation could have an enhanced benefit for biodiversity: the withdrawal of agrochemicals and the return of vegetation. The goal is for these techniques to be implemented on a widespread basis in the coming years. It should be noted that no agrochemical products are used in maintaining the easement strips, for which mowing is a widely employed maintenance technique.

When it comes to its worksites, GRTgaz takes a collaborative approach with the local parties concerned, with national-level environmental stakeholders, and with civil society. The aim is to consider opinions from all parties to ensure better integration and acceptability for the project in the territory in question.

Work to install gas pipelines on private land can take between three months to one year. Once installed, the gas pipeline is subject to a “non-aedificandi, non-sylvandi” easement (no buildings or trees over two metres high). Archaeological digs may occasionally be necessary during the works.

To offset these long-term impacts on the land, GRTgaz undertakes to return it to an identical state upon completion of the works. GRTgaz compensates the farmers concerned via contracts based on an agreement between the company and the agricultural profession (FNSEA - National Federation of Agricultural Holders' Unions; APCA - Permanent Assembly of the Chambers of Agriculture).

The acceptability of projects is determined by the “Avoid, Reduce, Compensate” (ERC - éviter, réduire, compenser) approach. If certain sensitive sectors cannot be avoided, then compensatory measures are applied. In this case GRTgaz undertakes to assess their long-term effects on the environment. GRTgaz’s steering programme for these commitments is controlled by France's Regional Environment, Development and Housing Department (DREAL).

GRTgaz also establishes partnerships with bodies such as nature space conservation organisations, environmental associations (League for the Protection of Birds - LPO), and has a signed a long-term monitoring contract with CDC Biodiversité (a subsidiary of the Caisse des Dépôts - an administrative department of the French government in charge of investing and lending public money).

Managing and recovering the waste linked to its industrial activity is a major challenge for GRTgaz, both in terms of environmental standards and the company’s reputation. GRTgaz applies the regulations for waste sorting by type by keeping its waste records up to date and implementing three types of sorting on its sites:

Many actions are in place to reduce and recover waste, including: upstream sorting (selective sorting), on-site crushing of rubble and pebbles, preference given to recycling channels, internal communications, collection of textiles and WEEE (computers, landline and mobile telephones, chargers, batteries, etc.). Waste recovery has made great strides over the last four years, going from 74% in 2017 to over 98% in 2021. 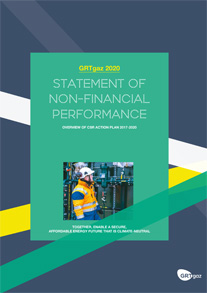